When I put together a proposal for a fiction author, I often recommend adding a feature to the site called “Behind the Book” or “Book Secrets.”

Well, it appears as if JK Rowling is taking my advice (wink, wink).

What JK Rowling Is Doing

I came across this story today about new writings she is releasing on Pottermore.com in honor of the holidays.

According to the Daily Telegraph, “One of the stories that will be published as part of the ‘festive surprise’ will contain details about what Rowling thinks about the young wizard’s enemy, Draco Malfoy.”

This follows her previous Halloween post in which she shared her “personal opinions on the character of Dolores Umbridge, a teacher at Hogwarts whom she compared to Lord Voldemort because of her ‘desire to control, to punish, and to inflict pain, all in the name of law and order.’ … Rowling also explained that Umbridge was based on two real people she had encountered during her life.”

So what do I mean when I recommend posting a section called “Behind the Book” or “Book Secrets?” Well, I like to think of it as a place on the website — be it a page or a series of blog entries — where people who have read the book can get “bonus” material that they can’t find anywhere else. Think of it as a special thank you for those who read the book, and a way to keep fans of your writing engaged between book publications.

Examples of the types of things you can post in this section include:

So take my advice (and JK Rowling’s, apparently). Think about a Book Secrets page on your author website.

In Partnership with 515 Media 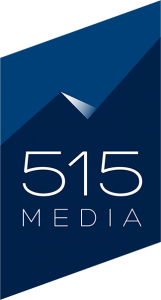